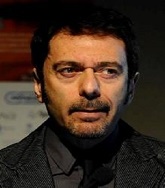 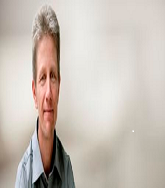 Biography: With more than 20 years of experience in the life science industry, Pe ReadMore...

With more than 20 years of experience in the life science industry, Peter is heading market and application development at Samplix. Here efforts are currently focused on the recently launched Xdrop™ technology which introduces an entirely new concept for target enrichment for both short and long read sequencing. Prior to joining Samplix Peter was Global Head of QIAGEN Genomic Services in Germany and the US and before joining QIAGEN, he was heading R&D at Exiqon overseeing life Science Product Development, Diagnostics, and Services.

Biography: Dimitrios P. Nikolelis received his PhD from University of Athens in 1 ReadMore...

Dimitrios P. Nikolelis received his PhD from University of Athens in 1976 and he is a professor of analytical and environmental chemistry in Department of Chemistry, University of Athens. Prof. Dimitrios Nikolelis has coordinated 3 European Projects on environmental biosensors (CIPA96-0231, IC15-CT96-0804 and QLK3-2000-01311). He also was twice a. NATO Director in the following Advanced Research Workshops: 1. Biosensors for Direct Monitoring of Environmental Pollutants in Field, Smolenice, Slovakia,: May 1996 and 2. Portable biosensors for the Rapid Detection of Biochemical Weapons of Terrorism, July 2012. Prof. Dimitrios Nikolelis has over 200 scientific papers in scientific journals and conferences. He is the Editor of 5 books on Biosensors (1. Biosensors for Direct Monitoring of Environmental Pollutants in Field, Springer, 1996, 2. Portable Chemical Sensors- Weapons against Bioterrorism, Springer, 2012 and 3. Portable Biosensing of Food Toxicants and Environmental Pollutants, CRC, 2013 3. 4. Biosensors for Security and Bioterrorism Applications, Springer, 2014. 5. Nanotechology and biosensors: recent advances, Elsevier, 2017. He is the Editor of many scientific journals. His research is targeted on the fabrication of portable biosensors for in the field uses and he has authored a large number of scientific papers on the detection of environmental pollutants such as hydrazines, dioxins, insecticides, toxins, etc. His current interests also include the construction of novel chemical nanosensors that can be used for the rapid detection of environmental pollutants directly in the gas phase. Prof. D. P. Nikolelis group has recently utilized graphene and ZnO to develop chemical nanosensors based on polymer lipid films for species of clinical or food significance such as urea, uric acid, cholesterol, etc. In progress, there is the evaluation and validation of nanosensors that are based on stabilized polymerized lipid films supported on glass fiber filters using a dry spot test using optical methods of analysis (i.e., fluorescence) to detect environmental pollutants such as insecticides, plant hormones, toxins, hydrazines, etc. 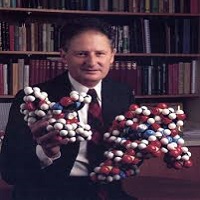 Henry M. Sobell completed his studies at Brooklyn Technical High School (1948-1952), Columbia College (1952-1956), and the University of Virginia School of Medicine (1956-1960). Instead of practicing clinical medicine, he then went to the Massachusetts Institute of Technology (MIT) to join Professor Alexander Rich in the Department of Biology (1960-1965), where, as a Helen Hay Whitney Postdoctoral Fellow, he learned the technique of single crystal X-ray analysis. He then joined the Chemistry Department at the University of Rochester, having been subsequently jointly appointed to both the Chemistry and Molecular Biophysics departments (the latter at the University of Rochester School of Medicine and Dentistry), becoming a full tenured Professor in both departments (1965-1993). He is now retired and living in the Adirondacks in New York, USA.

Her research interests are mainly focused on molecular oncology and complex traits. She worked both abroad (Paris, Oxford, Cambridge, Philadelphia) and in Italy (Milan, Novara). She is co-author of about forty publications. Since 2011 she is Review Editor of Frontiers and she reviews for various scientific journals.

Jane Xiao has obtained her PhD in Analytical Chemistry at University of Wales Swansea, UK. She is a Co-Founder and Senior Director in Biologics Characterization at Axcel BioPartners. Prior to that, she served as Director at Oncobiologics, Head of a proteomics lab at Johnson & Johnson and Senior Scientist at Merck.

Research Interest: For the last 15 years she has worked for the pharmaceutical ReadMore...

Dr. Nickerson obtained a Ph.D. in Molecular Medicine from the George Washington University. He has made significant contributions to disease gene identification using positional cloning, including an altered Birt-Hogg-Dubé gene in chromophobe RCC, fumarate hydratase in papillary RCC, the dead-end gene in testicular cancer, and the UBIAD1 gene in Schnyder Corneal Dystrophy. More recently, he has sequenced urologic tumor genomes and identified alterations in TET2 in prostate cancer and the BRCA pathway in bladder and kidney cancer, which have been translated to a clinical trial starting in 2016. He is an active participant in Precision Medicine, ClinVar and the TCGA project.

Biography: Dr. Lamba, Ph.D., is an Associate Professor of the Department of Pharm ReadMore...

Dr. Lamba, Ph.D., is an Associate Professor of the Department of Pharmacotherapy and Translational Research. Dr. Lamba did Ph.D in the field of Pharmacogenomics from Postgraduate Institute of Medical Education and Research in Chandigarh, India and did post-doctoral training at St. Jude Children’s Research Hospital, Memphis; TN.Dr. Lamba’s research has been funded from NIH/NCI since 2008 and focuses on identification, characterization and clinical validation of genomic/epigenomic markers predictive of therapeutic outcome in cancer patients specifically Acute Myeloid Leukemia. Her research spans from preclinical basic research comprising the discovery phase to translational/clinical phase in patient populations from multi-institute clinical trials.

Research Interest: Dr. Lamba has around 20 years of expertise, training and kno ReadMore...

Dr. Lamba has around 20 years of expertise, training and knowledge skills in the field of pharmacogenomics. Dr Lamba’s research is focused on identification, characterization and clinical validation of genomic/epigenomic markers predictive of therapeutic outcome in cancer patients with special focus on Acute Myeloid leukemia. This research spans from preclinical basic research comprising the discovery phase utilizing cell line model systems to translational/clinical phase in patient populations from multi-institute clinical trials. 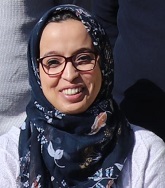 Biography: Amal Brahimi, 26 years old women. She is an agronomist engineer since ReadMore...

Amal Brahimi, 26 years old women. She is an agronomist engineer since 2016. In addition she is second year PhD student at the Moulay ismail University, Meknes Morocco. She is a member of the 1Laboratory of vegetal Biotechnology and molecular biology. In January 2019, she has done training at the Department of Plants and Crops, Faculty of Bioscience Engineering, Ghent University, for the genetic analysis.

Mr. Muhammad Usman, Former , Government of Pakistan who retired from service after a spotless career of about 35 years with senior level experience on research and development of integrated agricultural production particularly Plant Genomics on a sustainable way. Mr. Usman is basically an agricultural scientist working on the yield and quality of various products and published several research papers. Mr. Usman is consider as the senior most scientist in the world, always participated in the international conferences as a keynote speech, renowned speaker, organizing committee member as well as moderator of the conferences around the world.

Biography: Ana Claudia Macedo Vieira has completed his PhD at the age of 36 years ReadMore...

Ana Claudia Macedo Vieira has completed his PhD at the age of 36 years from University of São Paulo, Brazil. She is associate professor at the Faculty of Pharmacy of the Federal University of Rio de Janeiro and coordinates the pharmacobotany Laboratory, which conducts research with galls on sandbank environment, control of drugs and medicinal plants. Develops university extension projects with rational use of medicinal plants and unconventional food plants to farmers. She has published papers in reputed journals of Plant Science, Especially with galls and metabolical changes on host plants, and research with medicinal plants,

Dr. Yinghua Huang is a Research Geneticist for U.S. Department of Agriculture and serves as the Lead Scientist for the Plant Genetics Program. Before that, he served as faculty member for Oklahoma State University for ten years and now remains an Adj. Professor at the university. He is a member of editorial boards for several scientific journals. He earned a Ph.D. in Biological Sciences from Michigan Technological University. His scientific background is in plant genetics and molecular biology, and he has considerable research experience in plant biotechnology, genomics and crop improvement. During his early career, Dr. Huang made a breakthrough in developing a reliable system for producing transgenic larch plant, which represents the first record of genetically engineered conifer tree, carrying the important traits such as resistance to insects and herbicide. Another example of his recent research accomplishments is the systematic evaluation of the US sorghum germplasm collection (> 42,000 accessions), leading to the discovery of important new sources of resistance to greenbug and sugarcane aphids, the most important insects of field crops, including barley, sorghum and wheat, then incorporation of the new resistance into crop breeding programs. Furthermore, using the cutting-edge microarray, RNA-seq and the next-generation sequencing technologies, his lab has generated the differential expression profiles which resulted in the identification of the key genes and the networks that regulate the host defense against insect pests, crop yield traits, and bioenergy quality in sorghum

Biography: Dr. Florence V. Dunkel has done his Ph.D in Entomology, from Univ. of ReadMore...

Dr. Florence V. Dunkel has done his Ph.D in Entomology, from Univ. of Wisconsin – Madison. She also has many honors For her Excellent Teaching and outstanding Research Accomplishments in Management of Grain Quality and Security in World Markets 2004. she also received Charles Lindbergh Grant Award in Anthropology. She also has many keynote presentations in various summits. She also received EXTRAMURAL GRANTS for Teaching.

Research interest of Florence V. Dunkel include plant-based natural products for insect management, particularly related to postharvest ecosystems. Current projects include exploration of Montana wheat varietal resistance to postharvest insects; use of plant-based products with entomopathogenic fungi for management of insects; and use of natural products in the holistic management of malaria in West African (Malian) villages.

Professor
Laboratory of Plant Pathology The University of Tokyo
Japan

Dr. Stephen K. Herbert researches the stress physiology of photosynthetic organisms. He is especially interested in oxidative stress and the antioxidant systems of chloroplasts and cyanobacteria. The antioxidants of chloroplasts are essential for detoxifying the reactive forms of oxygen that form as a byproduct of photosynthesis. The specific protective roles of superoxide dismutases are the subject of current research. Dr. Herbert earned his Ph.D. with a study of the stress physiology of red algae at the University of Washington, Department of Botany. Following postdoctoral research at the Carnegie Institution's Department of Plant Biology, Dr. Herbert accepted a faculty position at the University of Idaho, where he was assistant and associate professor of Botany. After eight years at Idaho, Dr. Herbert went to the University of Wyoming, where he is now an associate professor in the Department of Botany.

Biography: Grace Chen has obtained her PhD from University of Wisconsin at Madiso ReadMore...

Grace Chen has obtained her PhD from University of Wisconsin at Madison and her Postdoctoral studies from University of California, Plant Gene Expression Center. She has published more than 44 papers in reputed journals and she is globally recognized as an expert on oilseed biotechnology.